The Institute of Applied Mechanics (IAM) was established in 1959 based on the growing cooperation of the state enterprise VITKOVICE and the Department of Flexibility, Strength and Mechanics of the Military Academy Brno. Right from the beginning the activities of the Institute (IAM) was focused on solving practical issues beyond ordinary knowledge and capabilities of designers and constructors. The IAM developed dynamically. The application of scientific knowledge in the field of mechanics of rigid and flexible bodies, assessment of ultimate strength and support for the development of progressive, reliable, and load-bearing steel structures, pressure vessels, storage tanks, piping systems and structural parts have become tradition of the IAM.

The IAM was founded by prof. Ing. Vlastimil Křupka, DrSc., who, at the time, was also the head of the Department of Flexibility and Strength of the Military Academy. Right from the beginning the trademark VITKOVICE Institute of Applied Mechanics Brno at VAAZ (Antonin Zapotocky Military Academy) was created. Prof. Křupka, DrSc. led and successfully developed the IAM for 32 years, till 1991. When he worked at a foreign university 1961 – 1965, prof. Ing. Jiri Novotny, DrSc. filled in for him. Prof. Křupka ended his active work at IAM Brno when he was 83. Prof. Ing. Stanislav Vejvoda, CsC. was another significant leader of IAM, he developed especially the field of nuclear energy from 1991 to 2009. The IAM specialized more on assessment of limit states of nuclear equipment, especially on the fatigue process, during his leadership. Ing. Lubomír Junek, Ph.D. has been the head of IAM since 2009. The IAM has begun to focus more and more on assessing operational issues of the nuclear and conventional power plants based on long-term operational measurements. The close cooperation and specialized technical support for the power plant operations resulted in consolidation with CEZ Group and integrating IAM Brno into the concern CEZ.

First, the IAM was part of VITKOVICE, Plc., Division VITKOVICE Research and Development. Then, in 1994 the IAM was transformed into a Ltd structure. When VITKOVICE suffered a production crisis, it sold the IAM to a company with the majority stake in CEZ, Plc. Starting Dec 18, 2000, the Institute of Nuclear Research Rez, Plc. owned 60% and I&C Energo Trebic, Ltd owned 40% of IAM. The Company I&C gave up its stake in 2004 and IAM Brno is now 100% owned by the Institute of Nuclear Research Rez. Mid 2020 CEZ, Plc. bought 100% of IAM Brno and the following year IAM is integrated into the CEZ Group. 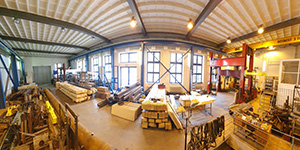 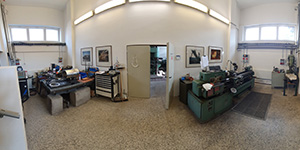